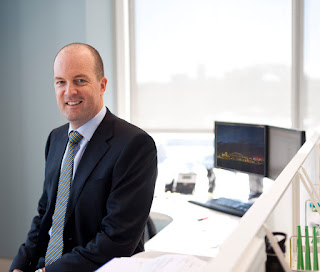 I am a Managing Partner at Tulla Group, a private advisory and investment group owned and operated by the Maloney Family. We specialise in 3 main areas being Critical Resources, Finance and Social & Wellness. In addition I am Chairman, NED, Advisor and Mentor to a number of Entrepreneurs and Executives across a range of business stages. I am also Chairman of the University of Technology Sydney’s Entrepreneur Leaders Advisory Board.

2. Why have you invested in SE Asia?

We have invested in SE Asia because of the network, growth opportunities and new markets its offers our Australian businesses. We also see a presence in Singapore enhancing our access to capital for future growth of these businesses.

3. What is your main advice for an investor investing in South East Asia?

I would advise to take your time and take it slowly. Its important to understand the dynamics of the region and be well acquainted with your investing partners before you jump in. We spent 5 years visiting the region before we did anything of significance.

4. Could you explain the role of your lawyers in this expansion?

Our lawyers are critical in making sure we are protected legally in the many agreements and contracts we need to have in place to effect our business in South East Asia. In addition being on top of the governance required in each area is a high priority for us. Lasty and most importantly they have been great at enhancing our network in the region and introducing us to new sources of business.

5. What could be the consequences of Covid-19 on investments in SE Asia?

I think longer term the opportunities in SE Asia are going to be great as foreign companies diversify their risk away from China and transfer operations to different countries in SE Asia. This will have a significant positive impact on their economies.
Publié par Renee à 19:27 Aucun commentaire: 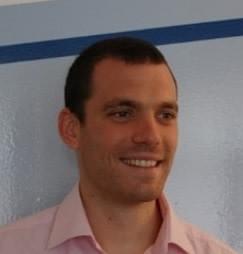 I’m a French digital entrepreneur, I’ve been in Singapore since 2013. I am the CEO of one of the largest independent digital marketing agencies in Asia. We have a staff of near 100 and offices in Shanghai, Hong Kong, Dubai and Chennai in India, beyond our HQ in Singapore. We work with brands such as BNP,  Singapore Airlines, SAP, Ski Dubai, P&G, Yves Saint Laurent, the Singapore zoo and others. We design and develop social media content, websites, applications and chatbots as well as lately voice bots with our product Yelda  I co-founded the company with friends back in 2008 right after a failed attempt at creating the French Facebook when finishing business school.
I’m passionate about Artificial Intelligence and the future of work. I’m on the board of these 2 think tanks Live with AI and NXU.

I run the weekly French newsletter Parlons Futur  (Let’s Speak about the Future) where I share my interesting finds as well as at times my own opinion pieces, it's read by more than 5,000 people. I’ve written more than 50 articles over the past few years, published by news organizations such as The Huffington Post or the French media Les Echos and L’Express. You can find my work in French here and in English there.
I also co-produce CommitStrip, an online geeky cartoon about developers' lives. The dedicated website garners 500k+ visits every month, go check it out.

I first came to India with my backpack in 2009, I was looking at a way to get some of our tech work done for our clients back in France. We proceeded to open our own tech studio in Chennai, in the south of India, in the state of Tamil Nadu, 2 of my partners relocated there for 3 years. Then we realized that Asia was also a market where to sell our services, so we opened offices in different key cities across Asia. The experience we garnered in France was key to our success in this part of the world, the case studies we would show in the early years in Singapore were eye-openers to our prospects. We didn’t even benefit from previous relationships in these new markets, we simply had a very aggressive strategy of reaching out to leading advertisers to whom to showcase our expertise and past work.

3.      What is your main advice for a company expanding in SouthEast Asia ?

Have one of the founders relocate to Asia for many years to show you're serious about it. We're entering the Asian Century , it requires a strong commitment from the top. Leverage the VIE program, if you're eligible, which lets you identify and hire talented young Europeans eager to move abroad. It depends on your line of work obviously, but favor the English-speaking cities/countries at first, where it's easier and safer to do business. Take hiring very seriously, it’s really hard to find and retain great talent. And it will sound self-serving, but make sure to digitize your offering and use digital ads to reach out to your target audience in a personalized way at scale, especially in these times of covid-19 when people have time to try out any app to make their lives simpler and while ads are cheap due to falling expenses by big companies.

Just for the anecdote, hiring has been hilarious at times as for me : we've had a candidate in Indonesia come with his father who was doing all the talking, and showed us the most obscure deck ever, everytime he would click to the next slide, there was the sound effect of a cash register. Another time in China, a candidate for a digital position came wearing a large sweater featuring the American flag, he said he was running a toy shop and wondered how we could do business. A last story, in Singapore, I asked a candidate what he thought of the job, he said he hadn't actually read the job desc, he just read the title and thought we would discuss the opportunity in the interview.

4.      Could you explain the role of your lawyer(s) in this expansion?

Interestingly we haven’t had the need for a lawyer for many years. Luckily our business contracts with clients are not too complex nor long, we are using templates that are quite straightforward.
Only when the time came to grant shares to a partner did I feel the need to get some legal help to prepare the agreement. And lately for M&A discussions that need resurfaced. These are obviously critical matters, you don’t want to get them wrong!

5.      What could be the consequences of Covid-19 on foreign investments in South East Asia ?

Many investors will get cold feet. Some sources will inescapably dry up. Reduced purchasing power, prolonged lock-downs as well as possible second waves of infections won't help either obviously. There will be less money available to be invested overall most likely.

But there will still be money, lots of money, for daring entrepreneurs with traction in key areas such as healthcare, e-commerce, delivery, edtech, fintech or martech.

For instance, French startup Alan, based in France just raised €50m in a round led by none other than...Temasek Holdings!

Startups, more than ever, should be as lean as possible, do things that don't scale <http://paulgraham.com/ds.html>, iterate and try new things, fail fast and try again. Think of a few startup/product/feature/service ideas, put up a landing page, buy some ads, and see what sticks, then only start building from there. Software startups, that is, all startups, should also look at making free or much cheaper for a while whatever they have whose marginal cost is zero, so as to leverage that crisis to gain consumers or get as many people as possible to try their products, that's the best way to prepare the recovery!

And if you can't raise money, consider becoming a cockroach startup for a while... In these hard times, I also invite entrepreneurs who haven't done it yet to watch all the episodes of the How to Start a Startup series by Y Combinator on Youtube, it's mind blowing.

6. You are as voracious a reader as I am. Some book ideas ?

- Has China Won?: The Chinese Challenge to American Primacy (Kishore Mahbubani, April 2020)
- More from Less: The Surprising Story of How We Learned to Prosper Using Fewer Resources—and What Happens Next  (Andrew McAfee, October 2019)
- The Hard Thing About Hard Things: Building a Business When There Are No Easy Answers (Ben Horowitz, 2014)

Eric, who are you?

We are a VC group covering Europe, USA and China. Based on the expertise we gained previously, we believe that we are well positioned to enter SEA, as the region will likely follow some of the growth stories we’ve seen before.  As such, we formally launched also a SEA initiative in 2018.  Based in Hong Kong, I am responsible for Ventech’s SEA investments.

Why have you invested in South East Asia ?

Among others, we are of the view that the economy there will grow at an impressive pace. Against this background, we are keen to tap into the high value-added opportunities that will be, for instance, created around the emerging middle-class consumers.

How do you structure the deal ?

What is your main advice for an investor investing in SEA?

Apart from business related risks, it would be wise to understand the potential exposures of your capital/assets and how well the local laws are protecting them.

Could you explain the role of your lawyer(s) in this investment ?

Apart from possession of professional knowledge and local expertise, we are looking for lawyers with a strong work ethics and value highly those are responsive to our needs (one of the key elements is quick turnaround time). This is especially true when it comes to following up the matters post-investment.
Publié par Renee à 20:52 Aucun commentaire:

Renee
I am a member of the Paris Bar since 2003, practicing mainly in mergers and acquisitions and private equity/venture capital. I am graduated with a PhD in French corporate law (Thesis relating to “the voting right of shareholders”) I have published numerous articles in corporate law in French legal reviews and economics newspapers in connection with my areas of practice. I was trained and had worked in prominent international firms in Paris. I am a foreign lawyer in Singapore.